Get fresh music recommendations delivered to your inbox every Friday.

Children Of All Ages 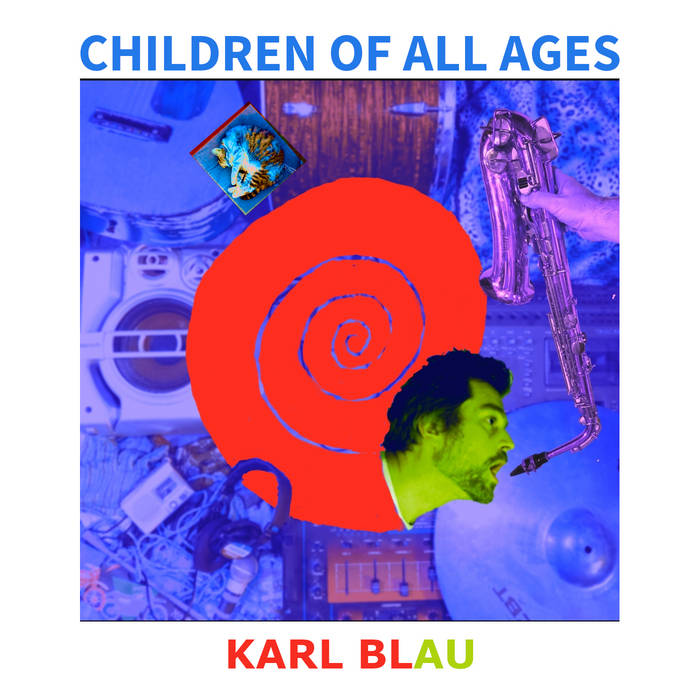 Lewis Morgan My favourite of Blau's self-recorded albums. The sound of this album could only have come from him and his homespun approach to writing and recording. An inspiration! Favorite track: Six Mini Ponies On An Island.

elysedee Hey Karl., Karyn and I tried to send this as a gift to her nephews and Bandcampp wouldn't let us. Any Ideas
D/k

This collection of songs came blossoming out of years of phone voice notes of "fun ideas for kids album some day." "Spin Around" has been around for years and I made that song for my first daughter, Ciel when she was of the early spinning age, about 2. Now she's turning 20 years old as of today, August 7th, release day for "Children of All Ages," and she sings the angelic, pillow-y la-las on the opening track, "Six Mini Ponies on an Island." My wife Calli's and my 2nd daugher, 8 year old Poppy Jean charms us on "Doorway Is A Judge" and the finalé "Rainbow." Luke Bergman of Heatwarmer lays some sweet bass slides on "Flutterby" which he made from his family's home in Ellensburg, WA. Other than that, the music was created in my basement lair under quarantine here in Germantown, Philadelphia.

Most of my effort, lyrically on this album is to set ideas in thought, some seeds to lead onward for the child-mind. I did my best to pack the entire record with information, be it lyrical, musical or sonic-ly speaking. Information passed down to me that I feel compelled to represent. I feel like there are a few moments on here where I jump a little far with the ideas, but also I stand by the information here for children of all ages, your mind will take what you need and leave the rest.

People are so varied, children come in every shade of substance. I made sure that I have a lot of variety of feeling to hopefully connect with each person at some different intersections. In "Outside" I wanted to throw a few other languages in to promote the feeling of curiosity. In Farsi, the phrase something like "hurry up, please" is sung at the break of this tune and in Spanish and Japanese at the end. Also the tempos of the album are each different by 5 or 6 beats per minute. Lots of little details and decisions like this that help me to think I'm making something for everyone.

In Lunar Fantasy, I ask "I wonder where the story of Jack and Jill goes from there." Many adults don't know that the tale of Jack and Jill talks about the lunar phases and so much of the information in European descended fairy-tales and nursery rhymes is encrypted. It must be true for stories from all over the world, they are mantras with information. That kind of encryption is what I've kept in mind with the lyrics of "Children of All Ages." This is a technique I do unconsciously for my "usual" self made recordings in a way. I try to give choose-your-own-adventure situations for my lyrics based on double meanings. But for this record I wanted to be extra in touch with a specific feeling to connect with the in child mind. And even more playful, especially with singing.

I truly hope you enjoy these pieces of music. I could go on and on about this record, these songs became my friends and we worked together for months to get them dressed up just right.

Ciel Blau singing la-la's on "Six Mini Ponies On An Island."
Poppy Blau sings on "The Doorway Is A Judge" and "Rainbow."
Luke Bergman plays bass guitar on "Flutterby."
Thanks to Germantown Espresso Bar for hooking me up with a real piano, and a real sweet piano at that. Thanks Jeff and Miles.
Thanks zapsplat.com for the elephant sound effects.
Karl Blau created these original tunes, played and recorded the instruments, and mastered "Children of All Ages."

Currently making music in my garden shed. I've got a little band together here in Philly, if you sign up for Fanship Freshwater (link in header above here - starting at $5/year) you can hear my latest live album "Chill Bangers" featuring this band from early June '21. Also enjoy over 50 other albums as if you can. I've been recording for 25 years now, tossing records behind me as I run. ... more

Bandcamp Daily  your guide to the world of Bandcamp

Nightmares on Wax and Bremer McCoy stop by with their sublime new LPs.